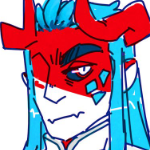 He doesn’t talk much, but when he does he’s blunt and opinionated. Easily frustrated but hard to fluster.  Loyal to a fault, although it’s difficult to earn his trust. Loyal to Vaughn, his country, and then to his gods.

Good at following orders. Bad with people. Bad with emotions.
Thinks highly of himself around people who aren’t from his mages’ college.
Very knowledgeable about magic despite his inability to cast any.

Rune grew up in the mage’s college in Breccia. Was a small tiefling when they were brought in by their “teacher” to be experimented on, mixed with some dragon stuff, as they were trying to make some very powerful soldiers they could control??

Vaughn basically took Rune in and convinced him that they didn’t like being a tiefling because it was bad, so that when they soon then asked them if they wanted to be something different ( experimented on) they said yes. Took a couple years, probably with some casual “Oh i’d love to take you as my apprentice but i dont know what people would think about a tiefling” sort of attitude. Vague mentions of bad demon magic and how its TOTALLY INTERESTING and NOT RUNES FAULT HE HAS IT but like. Still bad and awful.

Once Rune agreed to go through with it (Like, 15-16, Vaughn having taken him in at like 11-12?) Vaughn put them through some tests with some sort of like…magic compatibility test with a bunch of different like, strong magical creatures?? and a small(er) frost dragon and Rune got along and sort of bonded. They figured Rune and the Dragon would be most compatible then, and used that to fuse with Rune!!  They were also hype because like, taking a chance w the dragon thats super rare that they found and captured!! Vaughn thought, hey, they had a strong link, so obviously they would have powerful magic if put together.

Unfortunately, everything they did instead severed  Rune’s link to magic, and they can’t cast anything at all, even any of their innate tiefling magic(He was pretty good at magic before, with Vaughn teaching him things since he took him in)!! He’s taken on some small dragon habits like hoarding things, and sometimes gets confused with the mix of his own memories and things the dragon would have remembered? Rune is mostly himself as a person, but he IS still like…two creatures mashed together.

Vaughn kept him around despite the fact that it was a failed experiment — Rune WAS the first one that (Vaughn, personally) was not killed. He thought that maybe Rune would develop his magic again, over time, but it never happened. Partly, Rune is kept around because the dragon part of him is valuable lmao. Continues to do some tests and stuff on Rune and watching how his hybrid stuff is evolving and advancing.

In order to feel useful, Rune took up swords to try and help protect other mages if need be. He didn’t really make any friends and mostly kept to himself anyway, never really sought it out.  And he was treated…well enough? Not GREAT, and frankly not much like a PERSON, mostly a weapon or a tool, but Rune had a place to eat and sleep, people that would train them and teach them. A place to tend their wounds when need be. So honestly Rune, without much to compare it to, assumes this is normal and how people live in general.

Rune rarely leaves the college on his own, and generally just tells people that they’re a tiefling who works for Vaughn. 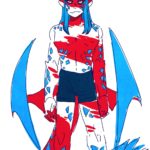 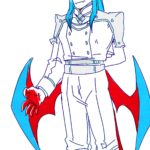 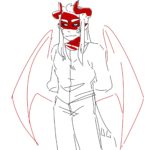 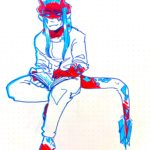 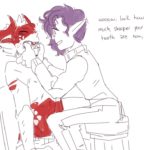 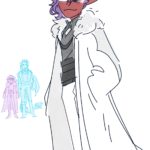 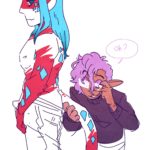 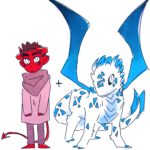 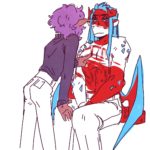 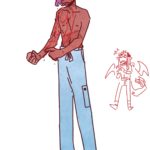