Extremely easy to rile up. He’s easily frustrated, acts and speaks before he thinks. Jack isn’t the smartest, but he’s got a good heart at the end of the day. He’s selfish, and he’s not necessarily an upstanding citizen.

Jack grew up poor in the city, and left home as soon as possible. His mom got sick and due to her health issues when he was 9-10, and his dad was a semi-absent policeman.  They didn’t really get mesh well after Jack’s mom died.

He dropped out of high school and couch-surfed, or made his home in abandoned buildings for a while. He ran with a group of friends that started a “gang” that was mostly just some shitty teens that shoplifted and didn’t have homes/had bad home situations. As they got older, some friends broke off to actually get jobs, families, etc, or delve into selling drugs, stealing more expensive things that gas station food, or some other less savory things. Jack didn’t feel comfortable going that far so he stepped back and lived alone for a while.

Despite splitting because he didn’t feel comfortable with that type of activity, being on his own did lead him down his own more extreme choices. Jack He was roughing it for a while before running into J., who presented themselves as Jack’s guardian angel, trying to ward Jack from doing more bad.

anyway they sort of bond but its not great because J. is there to try and kill Jack because, actually, he’s a demon who’s forced to live a mortal life for a little while and J. is trying to get rid of demons who walk the earth, so…
J. basically manipulates Jack into jumping off a bridge to kill himself, Jack wakes back up as a demon again and remembers everything, and sets off to try and fucking murder J.

Mother is dead, though he was close to her.

Does not get along with his father, has not spoken to him since he left home. 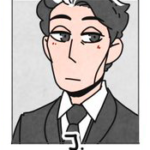 Hates this dude. They want to kill eachother. They have complicated feelings toward each other….

MY ART
FANART
NSFW
MY ART 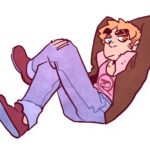 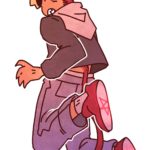 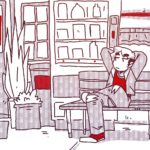 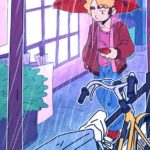 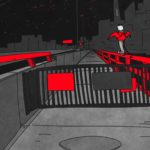 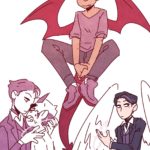 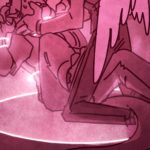 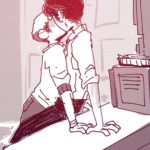 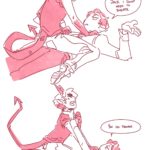 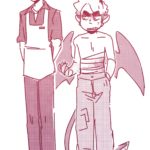 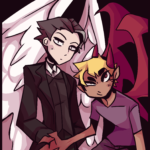 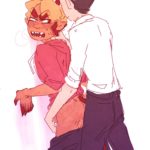 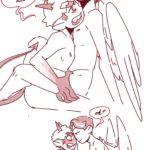