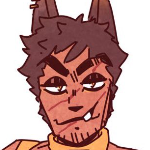 Charismatic, intelligent, and crafty. Generally pretty two-faced.
Emilio is good at putting himself in situations that benefit him, even if he’s in a bad general situation. He loves to gossip — at the very least he loves to be nosey and listen to gossip.

Can be loyal, though that generally depends on who is at the Top. He will work his way up as far as he can manage, and double-cross whoever he needs to in order to get there. However, if he’s actually loyal to you, he will be VERY loyal.

He likes power and things.

Emilio, with Kairos, was one of Bishop’s retainers. Unlike Kairos, Balen didn’t pick Emilio to be his retainer. Instead, Emilio was a “gift” from the king, Laurentio, and was there to be a mole — if Balen was doing something he wasn’t supposed to, or in general being rebellious, Emilio would (secretly) report to Laurentio.  He was very good at his job, and mostly was there to third-wheel Balen and Kairos.

After the time-loop, Emilio presumably stole what was left of the red weapons and fled to the current continent that Cascade is on, where he either sold, lost, or distributed the weapons? Now he presumably works for an evil(not really, but) queen. 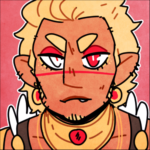 Emilio is his former retainer. I don’t think Emilio much cares for Bishop right now. 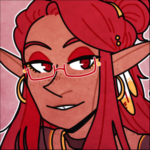 Emilio and him don’t really get along